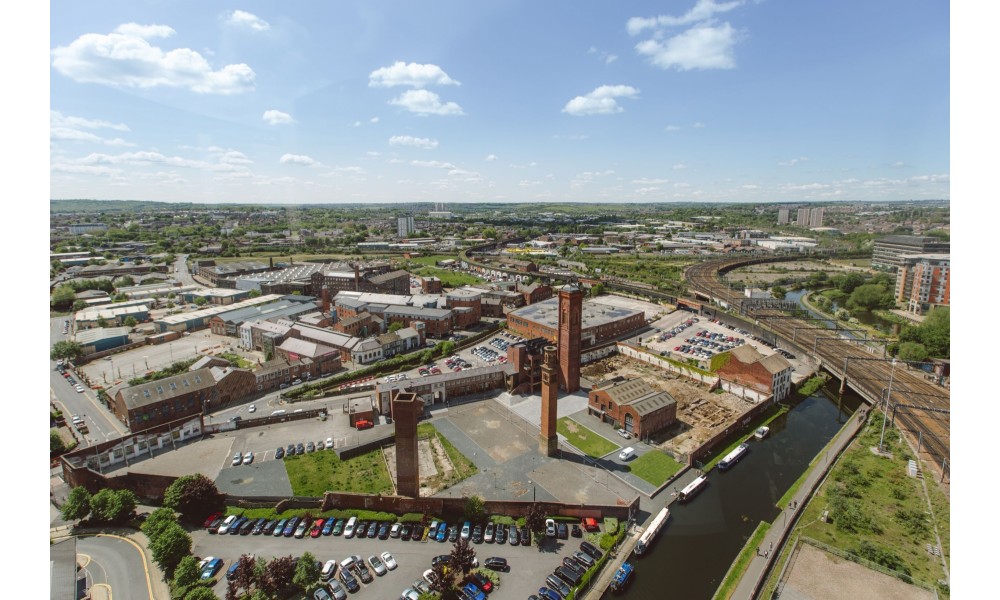 If I asked ‘what does Leeds mean to you?’ it would illicit many different responses, based on whether you just work but don’t live here, whether you are an adopted Loiner or whereabouts you live in Leeds. To the mainstream media, Leeds is one of the most exciting places to live, with one of the country’s biggest, most diverse and fastest-growing economies, and with one of the leading tourist and commuter footfalls outside London.

Leeds is a place that offers prospects; populated by creative, financial, legal and cultural heavyweights. Except the door of opportunity isn’t open to everyone. And it should be. We shouldn’t hide from the fact that, to some Leeds people, ‘Leeds’ means hardship, isolation, boredom, frustration and barriers. Leeds might be home, but it is also all those things, which can’t be disguised by a Harvey Nicholls carrier bag.

Holbeck has space, but not as you know it. There are various brownfield sites ripe for regeneration. And it’s happening. But you have to create the space using the kind of innovation and blue sky thinking that the city of Leeds was founded on. 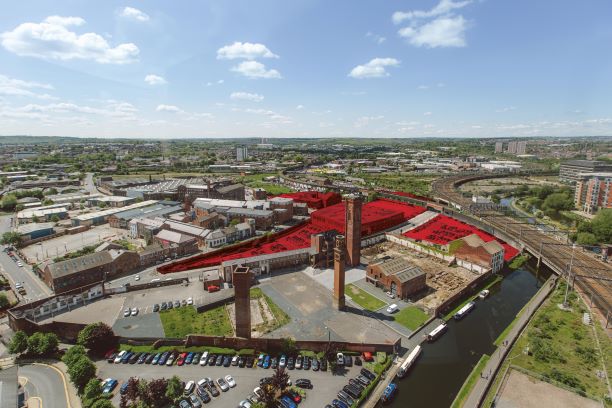 To many people, the South Bank areas being talked about ARE the city centre. When you wander off to the Adelphi for a pint, or to Sheaf Street Cafeteria, or to the Cross Keys or the Northern Monk, there is no alarm that goes off to alert you that you are ‘now leaving Leeds city centre’. One area morphs into the next. We don’t dress differently or talk differently. Leeds is Leeds.

The space being regenerated in Holbeck is crying out for development. It is a once thriving area that has been neglected and almost withdrawn from society. Once the cradle of the industrial revolution in Leeds and a key gateway into the city by road, rail and water, but now an eyesore and a blot on the landscape we would like to quietly erase. Except that people live there, and it is a community and a home. We might have cut them off by dissecting their neighbourhood with a motorway and a network of feeder roads leading to bland and uninspiring industrial units, and we might have left a dozen former mill buildings of great significance to disintegrate into nothing, and we might have bulldozed the rest, but people still live and work there.

Within a stone’s throw of prosperity, growth, boutique shopping and celebrity chain restaurants is a community staring out at the ruins of what their forefather’s toil and hardship created and the city fashioned on the back of it, a city that says nothing to them about their lives.

Leeds didn’t become a city until 1893. Such a status was achieved because it had finally arrived on the map, both figuratively and literally. Much of that was down to John Marshall, whose foresight, enterprise and vision built an industry for Leeds to call its own. If a non-woollen textile mill in Leeds wasn’t owned by Marshall, it was owned by a former partner trying to replicate his methods. Other mills engineered the kit that Marshall needed for his textile mills. Marshall’s work brought untold riches, both to himself and to the city.

Benjamin Gott, Matthew Murray and James Fenton also made great strides in giving Leeds some civic pride and something to build on and around. What they built is still there, if not always physically, in terms of an ethic, a structure and the framework of a city and an accompanying society.

The city built its name on textiles, starting with the processing of woollen fabrics in the eighteenth century. Along came the First White Cloth Hall and subsequent Cloth Halls and the linen merchants of Briggate, Leeds Bridge and Kirkgate Market. And from there we gave Marks & Spencer to the world through the endeavours, initially, of Michael Marks, a Polish Jew whose family arrived in Leeds as it was a welcoming place of opportunity, largely as a result of John Marshall’s efforts. Marks set up Marks & Spencers in 1884, two years before the Marshall family closed their business in the city down, their work in establishing Leeds done.

Since the industrial revolution Leeds has largely prospered. But in its history, Leeds has suffered from depression, plague and cholera epidemics, poverty and planning disasters. It has expanded, incorporated neighbouring boroughs, changed its boundaries, become the ‘motorway city’ of the 1970s, and okay, has created a few concrete monstrosities too, but it has emerged in 2019 as a magnet for enterprise and ingenuity, and with a buoyancy that promises much more to come.

Most of the industrial heritage of Leeds remains intact, at least to the point where it can tell a story. And Holbeck is at the heart of it; bereft today of an industry to call its own and bereft of an identity, but somehow clinging on to the fundamentals of a community spirit. It is a neighbourhood torn in half by progress; a cradle of invention but a homage to neglect, misfortune and the modern travails of ill-thought-out plans. And yet on its doorstep is a fascinating tale, and a legacy to fiercely protect.

Somewhere there is a way to connect everything, to embrace the necessity of a motorway system, to introduce a behemoth of a football club to the people on its doorstep, to blend creative industries and creative thinking with the communities that surround them, and to open up the city centre to the people who can look, but at the moment, can’t touch.

The best way is to ask those people what they want and then to work alongside businesses and investors to deliver it. Most people want safe, attractive and affordable living, they want access to healthcare, community facilities and services, they want thriving local businesses, public spaces, education, training and opportunities. They want connectivity with their own city, they want economic and societal benefits.

All these things can combine to reconnect Holbeck with its city, and it’s not a pipe dream. You can harness an industrial past, develop an area in that same character, and deliver progress; a monument to the past but also a better life. Because that is what people want.

This blog is an ongoing story, about regenerating industrial Leeds. I don’t know if it is the end of one story or the beginning of another. If the South Bank regeneration project delivers everything it promises, it is merely the continuation of the story of building modern Leeds. Because that’s a story that never ends. But there are plenty of intertwining narratives to be told, about the people of Leeds and the industrial revolution that created Leeds as we know it.

It is important that the past is remembered as we look to build a better future. But the future is nothing without people. And to build a future you have to understand people’s lives now and people’s lives in the past. How did we get to where we are now? That seems a good place to start.