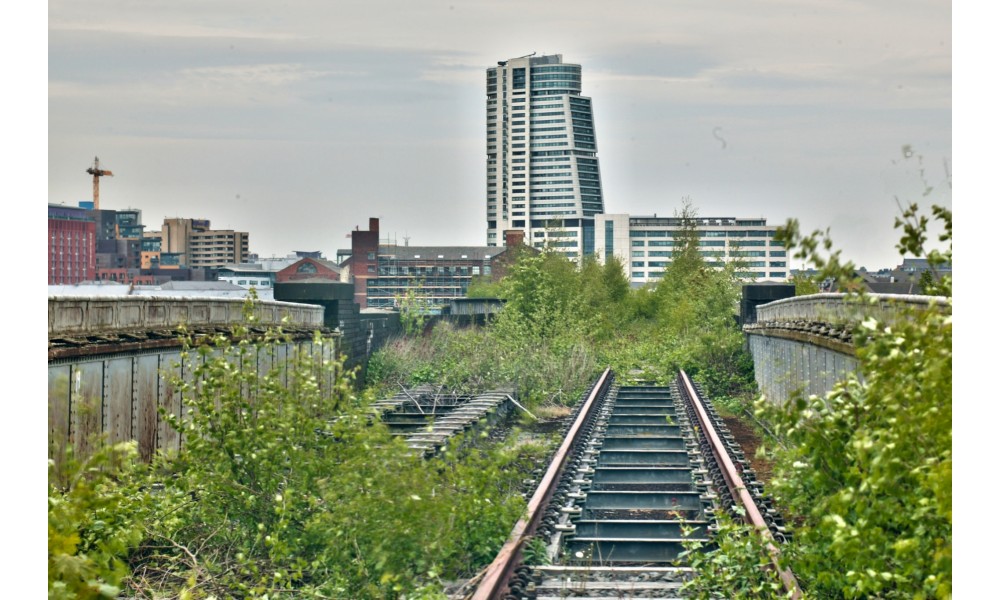 Holbeck is the spiritual heart of the industrial revolution in Leeds, but how and why did Holbeck become lost? Looking south, beyond the hive of activity within the cobbled streets of the regenerated Round Foundry and the urbane lilt of the digital curiosities within it, is a confused panorama, ingloriously cast adrift by a ceaseless quest for progress which commenced on its doorstep.

Progress that has seen a proud community and an integral component of the city end up on the wrong side of the tracks, quite literally. Today you see a community cut off from the vital life source it helped to conceive, succinctly symbolised by a hulking viaduct that bisects a neighbourhood and now has no purpose. No plans. Nowhere to go.

Holbeck is a disorientating rabbit run of dead-end streets and undetectable ginnels and a patchwork quilt of stunted strategies, decades of neglect and good intentions without the legs to grow. Holbeck is lost in a bubble; a geographical anomaly with a blurred identity and a schizophrenic existence, anchored in the past and bearing the savage ills of the present.

And yet Leeds city centre is right there only a few yards away, busy being important, but like a mirage, it might as well be ten miles.

Today you can stand by the concrete underpass that travels underneath the M621 and see before you the many barriers that strangle Holbeck. You can look elsewhere at empty industrial units and a procession of workshops in damp and fetid railway arches. Businesses defy description other than ‘something in the motor trade’ and it’s difficult to establish whether they are still operating or not. You can see pockets of activity surrounded by nothing. You can see modern housing that has replaced outdated housing, and good ideas that just need a little nudge and some momentum to become great ideas.

And you can also see Bridgewater Place towering above everything; a ubiquitous totem to the success of Leeds but the asphyxiation of Holbeck, a cruel juxtaposition that somehow seems untouchable. The Candle House is another new, standout landmark on a cluttered skyline and the rail station’s Southern Entrance offers a £20million gateway to the South Bank. But it only goes so far.

Modern day Holbeck is a mess of contradictions; not just the past and the present colliding in a gluepot of indifference, but examples of blue sky thinking that haven’t wholly embraced the surroundings chosen.

Some people scoff at the idea behind the scheme formerly known as the ‘Holbeck Urban Village’, but it encompassed everything good about Leeds and still does; a recognition and a celebration of the past combined with a sharp eye for innovation and growth. It remains today a pulsating hubbub of ingenuity and one of the most concentrated areas of brilliant minds and abilities in Leeds.

It was never merely a half-arsed attempt to gentrify Holbeck, but it does sit there as an opportunity that maybe hasn’t been fully exploited, and is perhaps open to criticism that public and private investment has largely stopped. Nearly 20 years after its inception, there are no real links with the local communities of Beeston and Holbeck in the no-man’s land beyond it.

But then hasn’t that always been the case? Isn’t the already-regenerated Holbeck a former industrial heartland that has always existed in isolation to working class housing further south? Of course it is, but that doesn’t absolve it from playing a key role in bringing prosperity, opportunities, new homes and growth to a clearly neglected neighbourhood sharing its footprint. Notwithstanding the human nature of hospitable goodwill, looking rather more coldly at it, everyone has one eye on the business of their neighbour for fear that it might devalue what they have themselves. 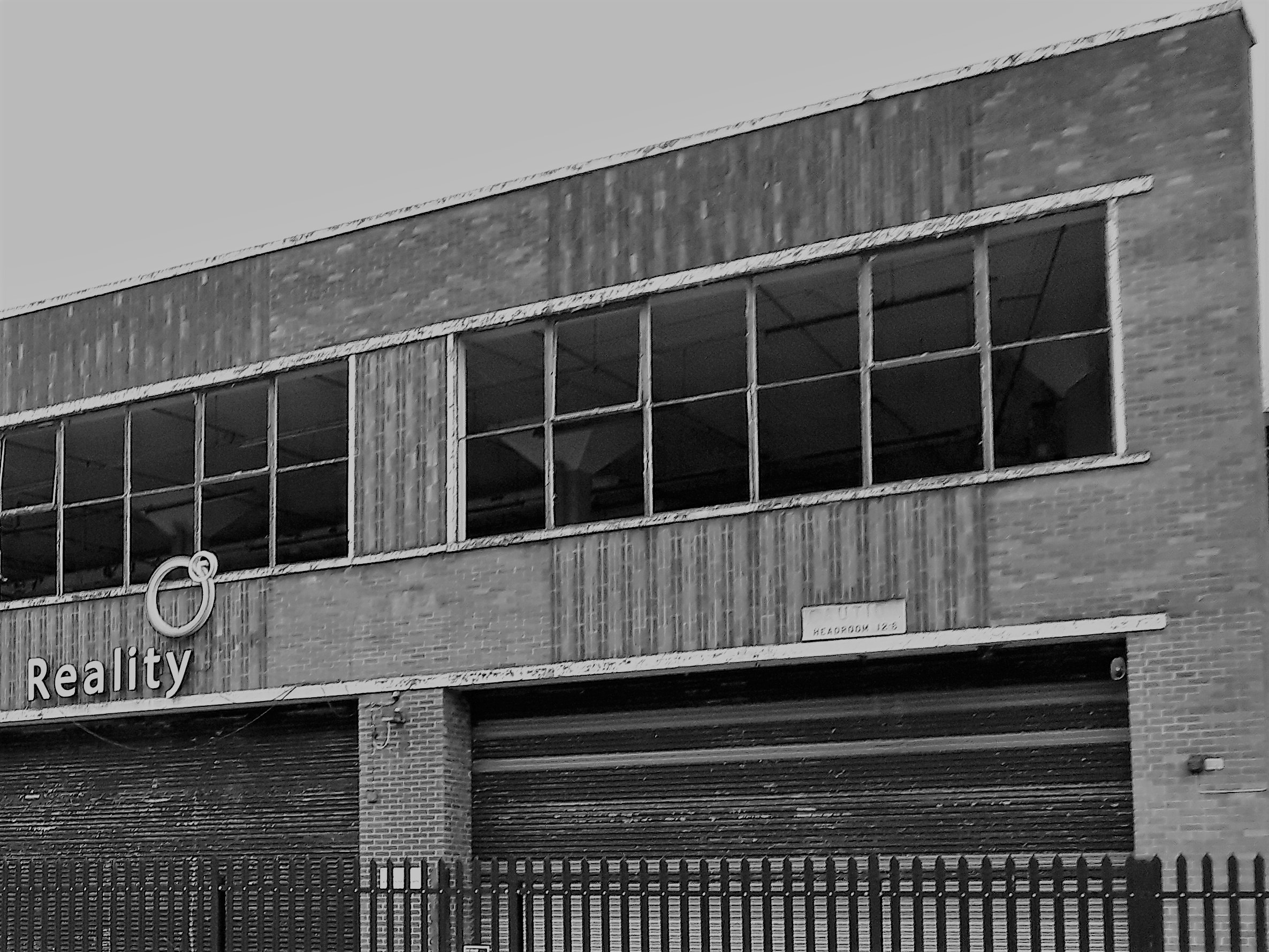 Connectivity, or at least tackling the lack of it, is perhaps the key to making Holbeck whole again. This is the mending of existing physical and psychological barriers which continue to promote only disparity and isolation.

An inclusive ‘Holbeck Neighbourhood Forum’ was formed in 2014 to start to tackle the many problems Holbeck has, all detailed in an extensive ‘Holbeck Neighbourhood Plan’ created by the people of Holbeck and now adopted by Leeds City Council. The area it covers doesn’t actually extend as far as the ‘Holbeck Urban Village’, and therein, maybe, lies the problem, or at least one of them. Some links and dialogue between established Holbeck and the creative forces that are busily promoting an energetic and progressive Leeds would go a long way to removing some barriers.

It would be understandable for residential Holbeck to struggle with the idea of a shared vision, and to hide behind generations of apathy and a perceived lack of interest in their community, but connecting the mean streets of back-to-backs and the acres of open wasteland and derelict buildings with the ambition and omnipresent sheen of Leeds city centre has to be good for everyone.

These are the psychological barriers. Physically, things are a little more challenging.

Holbeck doesn’t flow well, through-traffic is clogged up on Domestic Street and a series of rat runs represent the everyday negotiating of A to B. Football fans walking the route from Elland Road into the city centre shouldn’t have to face a 35-minute zig-zagging through no-go zones and the unconscious bypassing of hidden conduits notorious only to locals and those in-the-know.

Legend has it that a myriad of pathways, ginnels, tunnels and back alleys exists that could make this fortnightly trudge a veritable ‘as-the-crow-flies’ breeze. Over the years they have each been closed off by various businesses and their operations at different points from the Southern Entrance to Lowfields Road, some legally, some illegally. A determined exercise in processing red tape could open all this up as a restored, safe and recognised footpath and a yellow brick road to breathe life into a community and make a physical link that cuts through decades of seclusion and quarantine. 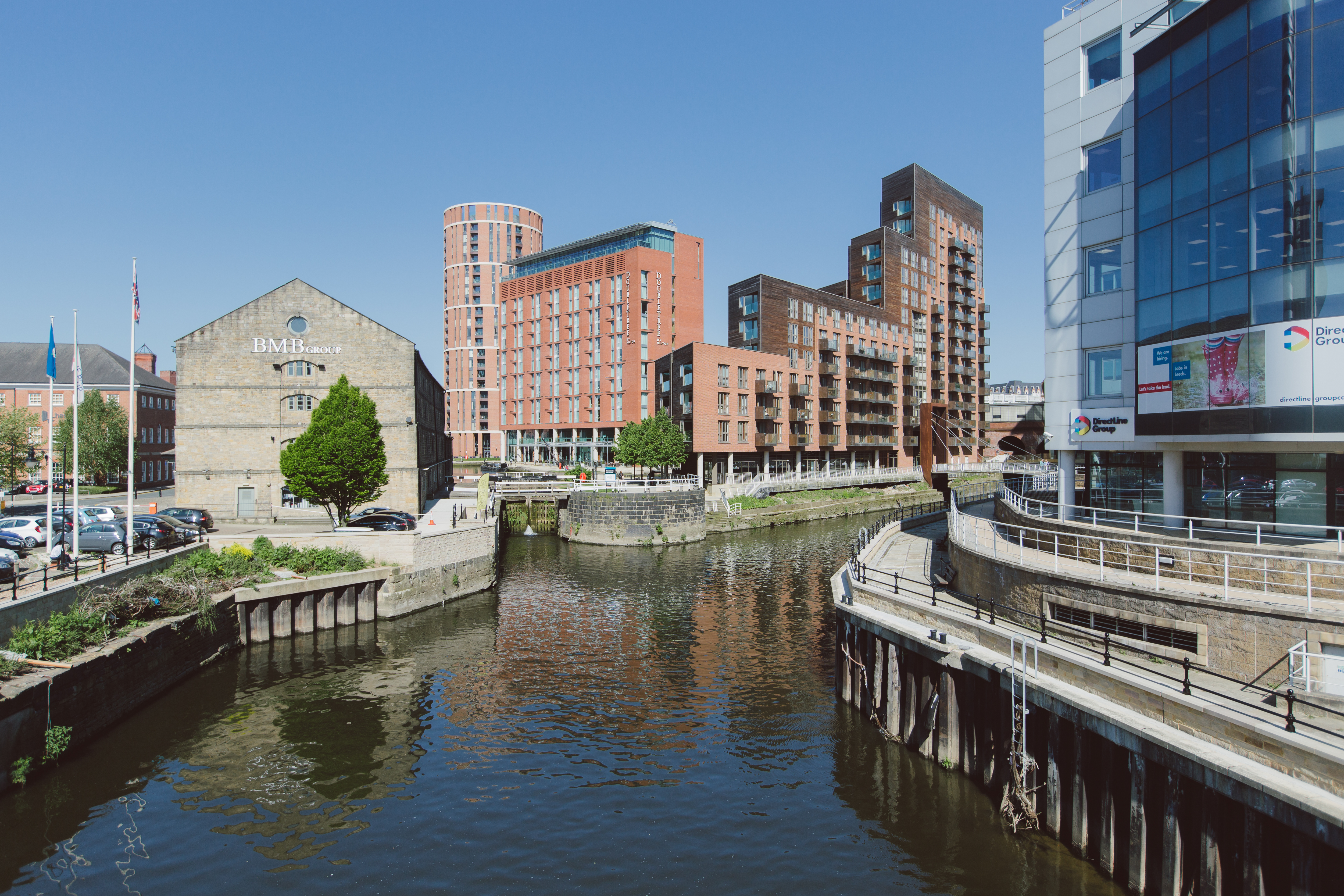 The Leeds waterfront is another feature of the city brimming with ideas, opportunities and wholesome visual appeal, but it is cut off and inaccessible to the people of Holbeck without circumnavigating a whole host of obstacles. Opening up streets, bridging Hol Beck, creating plazas and public realm to make the foot journey into the city centre and waterfront area more pleasant, and indeed possible at all, is all part of the grand South Bank scheme. But some simple solutions must also exist which could allow direct and uninterrupted pedestrian access and bring a natural wonder of the city within easy reach of a community who currently only hear about it.

Preliminary discussions have also taken place on creating a physical link between a residential hotbed and the outer edges of the Holbeck grey area where ambition goes to die. The construction of a footbridge over the railway line between Nineveh Parade and the end of Marshall Street might not sound like a seismic shift in the urban landscape, but it would allow life sources to flow and put a tangible and objective end to Holbeck’s solitary confinement.

Finally, the snaking and wholly obtrusive railway viaduct is a phenomenal structure that has lain dormant since the 1960s, and while representing a brooding emblem of time standing still, it is also an engineering attribute and a wonderful historical characteristic, the likes of which Holbeck has a good recent record of making the most of.

The breaking down of these physical barriers just needs people to talk and for the fullness of time to allow good ideas to happen. Such change requires the cooperation and goodwill of a number of stakeholders, not least the likes of Burberry who still own a huge amount of land in the area despite any intentions to move into it long since leaving public conversation.

So while ambitious schemes spearheaded by the Council to end the Holbeck disconnect need landowners and developers to make proposals and follow them through, they need the whole city to buy into it and they need other individuals and organisations to collaborate and not become a hindrance. Undoubtedly progress is happening. A long term vision is in place which can be delivered, and with the careful nurturing of a cohesive spirit, we might just find that the Holbeck of contradictions comes together to finally agree on something.